If you are visiting London, I highly recommend a visit to Greenwich. It has history coming out it's ears and a number of good museums to look at. It was probably my favourite place I visited in London, so that is saying something. Ok, yes I know I am a geek :)
If you want to make the trip, I recommend taking the boat ride rather than the under/over ground, the driver gives a voluntary not official commentary as you go up the river which is highly cynical and very funny. 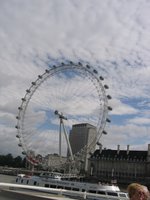 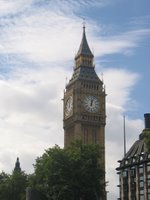 "Big Ben" which is actually part of the houses of Parliament, something I didn't quite click to until I visited it myself... 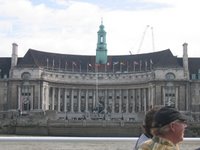 This building houses the London Aquarium, I walked past it many times but didn't actually go in. 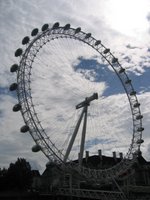 Another photo of the London eye 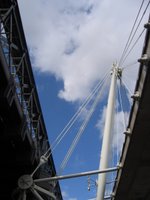 On of the supports on the millennium bridge 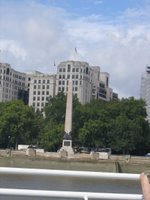 A monument made out of some priceless artifact from Egypt or some such place. 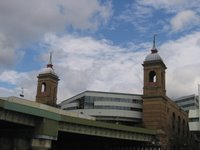 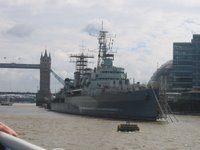 The HMS Belfast, I visited her later on during my time in London. Stay tuned for more photos... 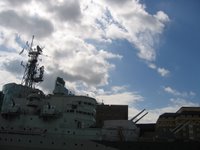 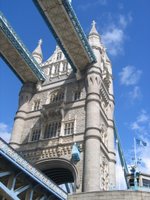 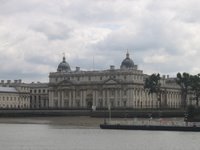 I think this is the royal observatory college or something. 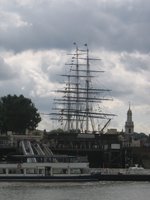 The Cutty Sark (an old ship in dry dock in Greenwich) 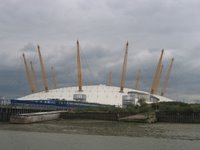 The Millennium Dome, Apparently it is the biggest building of its type in the world. According to the boat driver that is mostly because no one else is stupid enough to build one... 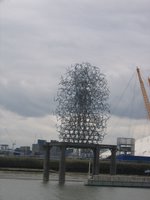 I think this is supposed to be some kind of art work? 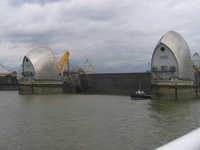 The Thames Barrier, Cost some colossal sum to build but apparently has already paid for itself many times over by saving London from flooding. 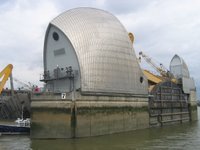 It is hard to see in these photos how big these things are. I'm thinking at least 3 stories high. 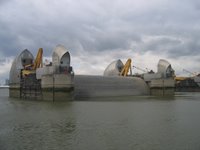 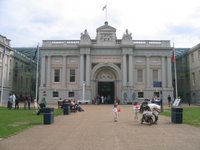 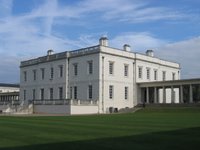 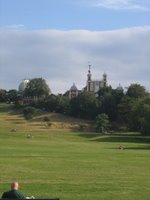 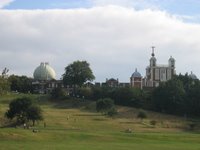 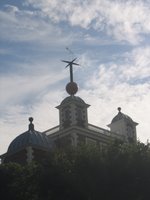 The Royal Observatory's time ball thing, apparently that ball drops at 1pm on the dot. An ancient custom to help ships synchronise their clocks. 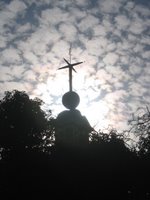 I just couldn't resist another photo of it :) 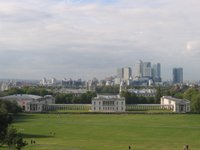 London looking down from the Observatory. It's a pretty good view from up there. 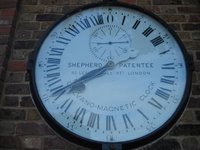 The Famous Clock at the royal observatory 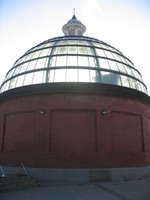 The Entrance to the Thames walking tunnel 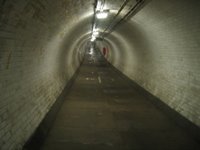 Inside the tunnel on the way back home, I lost my boat ticket. Which is not something I recommend doing (Losing you ticket that is :)
Posted by James at Friday, September 01, 2006