The most interesting part of Bury St Edmond is the abbey complex. According to the dictionary an abbey is a complex that contains or once contained a convent or monastry. 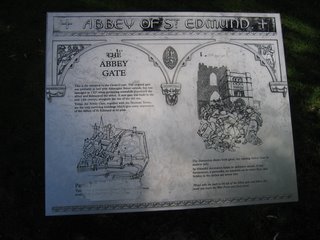 A plaque with some information about they Abbey 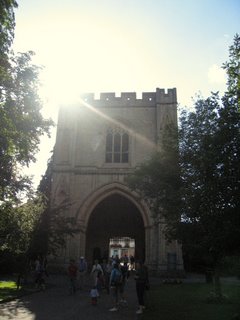 One of the two Abbey Gates, which would have once controlled access to the Abbey 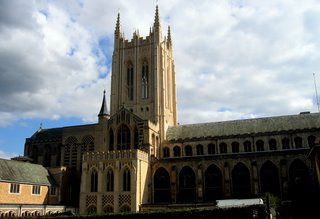 A view of the main church building at the abbey. This was once dwarfed by a larger building which not is little more than a bunch of ruins. 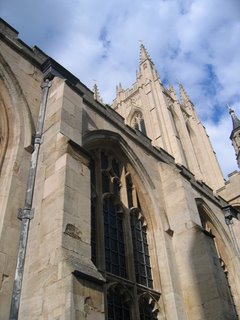 A view of the church's spire, which was a suprising recent addition added in year 2000, just in time to usher in the new millenium. 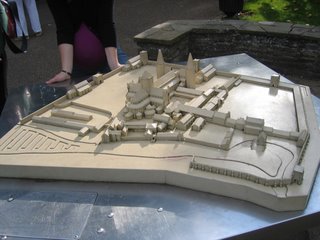 A 3d model of what the orignal abbey complex would have looked like. Having seen this I understand much better the concept of an abbey as portrayed in books such as redwall. The complex has large protective walls (almost like a castle) and many buildings supplying all different services.

(note: there is a large spire missing from the model). 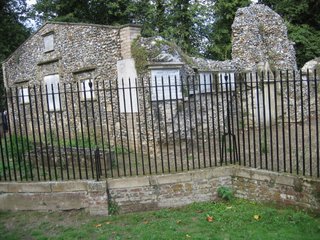 Some ruins from the orignal abbey complex.
Posted by James at Monday, August 28, 2006